A press release is often seen as a shortcut to instant publicity. After all, it’s categorised as ‘News’ and therefore has more credibility than an advertisement and it’s usually a much larger piece. This philosophy has resulted in a massive upsurge in press releases and at the same time, a huge decline in their credibility. When every PR department for every company in the world is trying to make their voice heard by sending out daily press releases to the world, the newspapers they are targeting are becoming much less receptive.

For an author hoping to gain some fast publicity via a press release the road is becoming more difficult and it is a good time to focus on some basics. Many authors have a happy delusion that the publication of their book is a newsworthy event of such importance that papers will queue up to run the story. We need to understand that while completing a novel is a major event in the life of a new author, to the world, it’s actually of no interest at all. You are an author, your job is to write books. That’s no more newsworthy than a builder finishing building a house.

Step one in preparing a press release is to understand that newspapers exist to sell newspapers, they are not there as a means of cheap publicity. If one writes a press release which says ‘Author Writes Book’ the release may well get issued on the wires but it is certainly not going to be picked up by any news outlet. Bluntly, it’s not going to sell copy for the paper. ‘New Book Reveals Secrets of Russian Plot to Get Putin Elected President of the U.S’, now that’s news and the papers know it will help them sell.

For a press release to gain Pickups, it has to be both immediate and relevant. Good publishing companies will employ in-house PR experts to ‘Spin Up’ a story and present it in a way which makes it more likely to be picked up but there is still no guarantee. With around 30,000 new books hitting the shelves each month, there is a lot of competition and the winners will be those authors who can do something newsworthy and a good copywriter to put the spin on it! 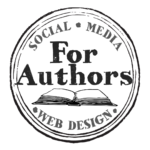 Web Design by For Authors